Summers almost over and I realized I haven't shared a recipe for one of my favorite cold soups - Gazpacho! It didn't take me a long time to figure out what to make with 5lbs of these beautiful, local, organic, heirloom tomatoes I was given this week, from my CSA. 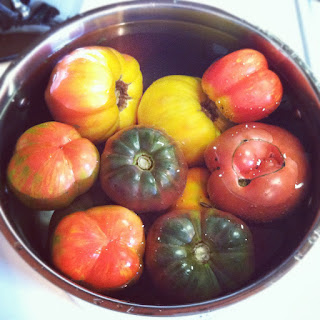 There are many variations to Gazpacho, you can't really go wrong... I personally like mine with a little kick of heat - which is not how you would have it traditionally in Spain, but that's how it's done in my kitchen! I put my Heirloom's through some hydrotherapy before blending; first they take a boiling hot bath and then dip into an ice cold tub where their waxy peel comes right off with the touch of your fingertips. 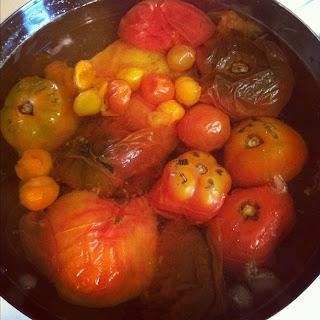 After they're all peeled, they're ready to go into the blender. 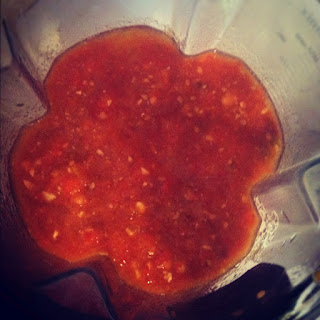 For some odd reason, anytime I make Gazpacho, it comes out orangy/yellow - and not red. Even when everything that's inside it is red, it still somehow turns yellow. It's this weird trick the tomatoes try to play on me - but they can't fool my taste buds! 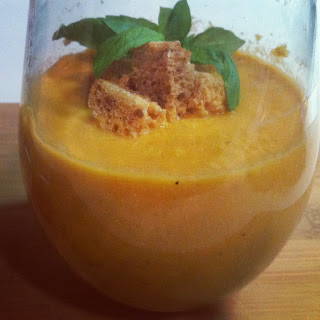 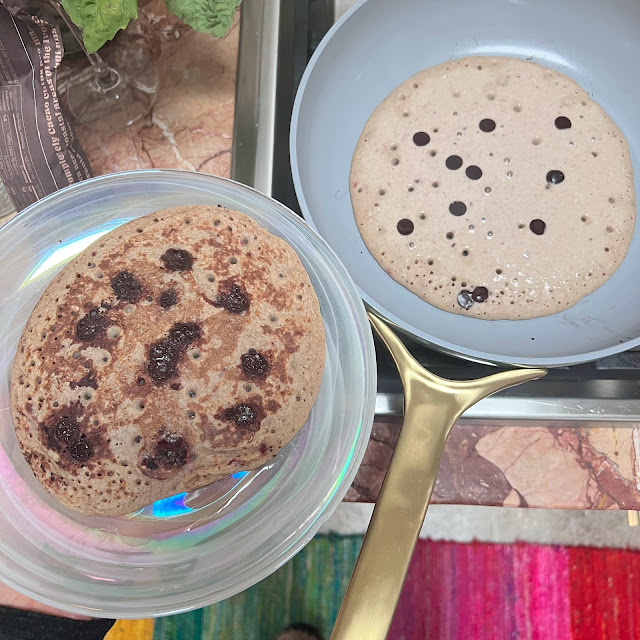 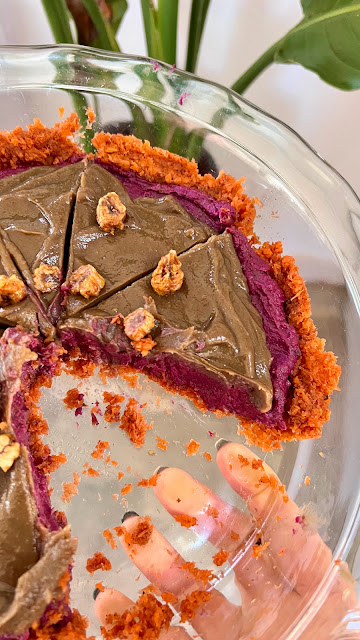 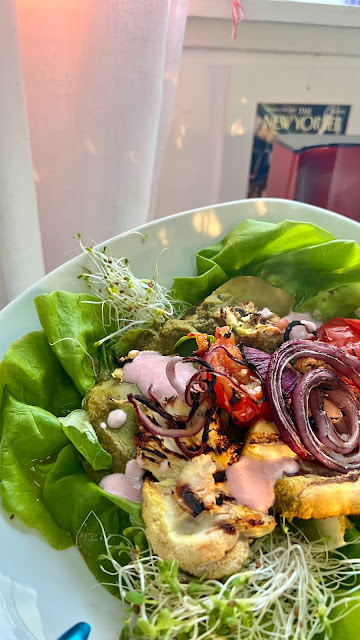